Spend any time tapping out emoji and you’ve probably noticed that women are confined to three principal roles: bride, princess and dancer.

While these are lovely things to be, the limited selection grows tiresome quickly, especially in contrast to emojis that show men as a police officer, cyclist and weight lifter.

The disparity was recently the subject of a new Always advertising campaign and a New York Times op-ed. Inspired by the controversy, four Google employees have suggested a plan to rectify the imbalance. A proposal released by the company this week suggests adding 13 new female emoji to “better reflect the pivotal roles women play in the world.”

“No matter where you look, women are gaining visibility and recognition as never before,” the Google employees wrote. “Isn’t it time that emoji also reflect the reality that women play a key role in every walk of life and in every profession?” 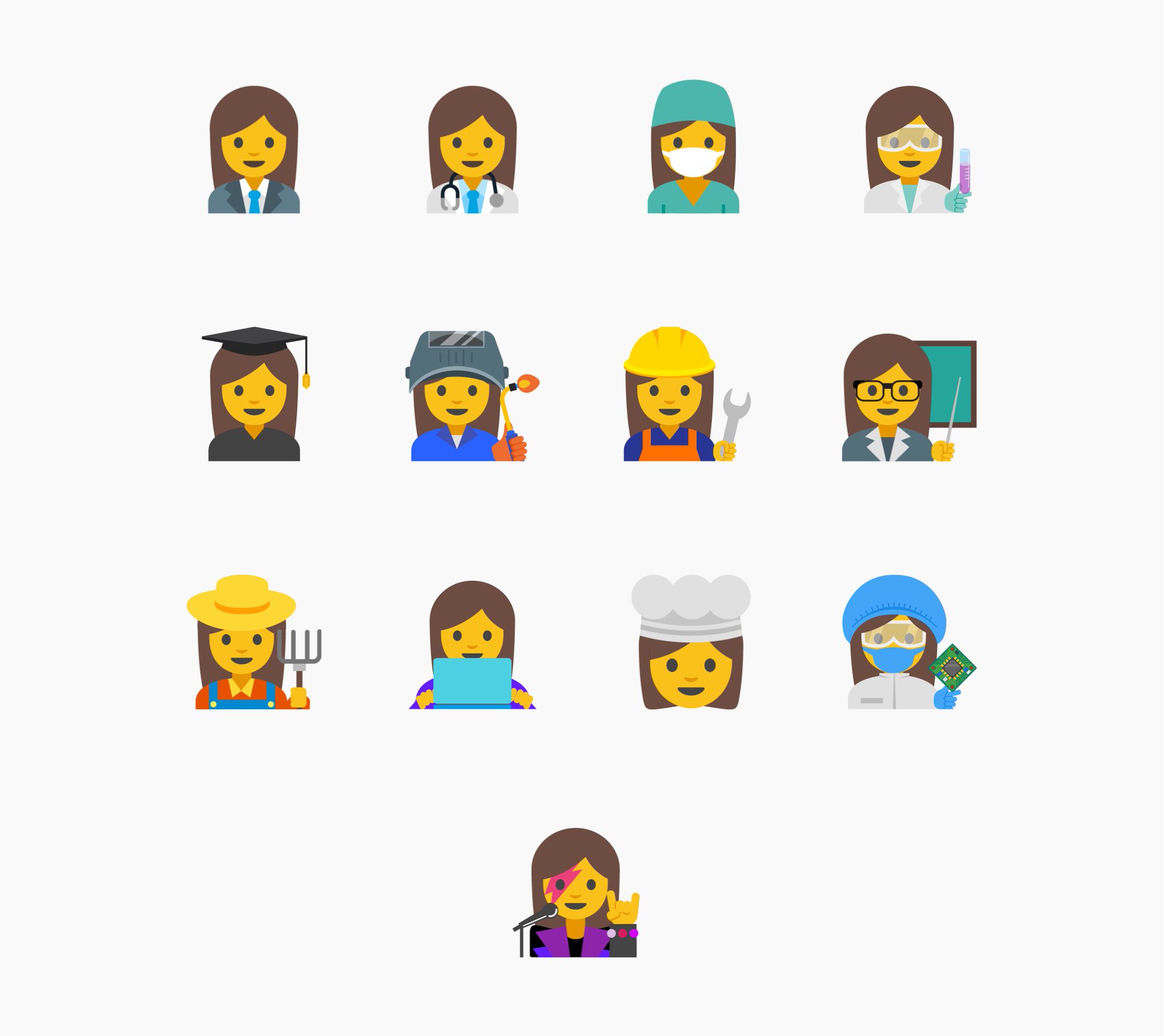 While the goal of the proposal is to portray professional women in key sectors of the economy, the characters will have matching male emoji.

The authors also noted the importance of portraying gender-neutral emoji for “inclusive representation of all people,” but suggested pursuing that goal separately.

Google declined to be interviewed, but in a statement to Mashable, the company said the proposal is meant “to encourage the creation and standardization of new professional emojis, specifically focusing on increasing the representation of women.”

Mark Davis, co-founder and president of the consortium, is among the four authors who submitted the proposal.

The Unicode Consortium, which is meeting this week, has accepted 79 characters as emoji candidates. They include a prince, a dancing man, a man dressed in a tuxedo, as well as men wrestling and playing handball. Other emoji portray a pregnant woman, a gymnast and Mother Christmas.

If accepted, they will be released in June 2017.

Have something to add to this story? Share it in the comments.